Skip to content
Previous Next
Before you lead others – take care to lead yourself! 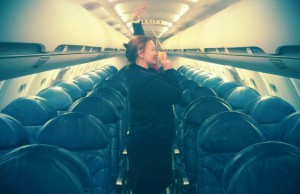 Am I the only one who wonders whether some leaders should pay more attention to leading themselves before they inflict their skills (or the lack of them) on others?

I am reminded of that safety briefing you get on airplanes, the one people hardly listen to these days that if the air pressure in the cabin should fail, put your own mask on before helping others.

For leaders “putting your own mask on” is about having enough self-awareness to genuinely understand what you do well, what you do less well and most importantly, doing something about where you are weak so that you improve over time. Too many leaders are way too accepting of their own foibles and idiosyncrasies and failures whilst simultaneously being critical of others. “You change. I don’t have to!”

Leadership – how to begin

The starting point for getting your own house in order is being open (not defensive) to feedback. I don’t mean grudgingly accepting with a fight, some small imperfection in what you do. I mean opening yourself up and inviting people to help you improve. Ask yourself – what was the last piece of critical feedback I received from a team member? If the answer doesn’t immediately come to mind, why is that? Are you perfect?

I am not advocating an unhelpful degree of self-doubt, but I do think it helps to have a sense of what exactly it is you are trying to get better at and improve over time, and to be conscious of how much effort you are investing in changing. Your team will notice if your efforts are short lived and you give up and revert to type easily. Worse than that, it can undermine your credibility in their eyes.

A colleague of mine ditched the coach he was working with, saying “He had more issues than I did! How could he possibly help me?!” Your team will feel the same – how can you possibly tell them about their weaknesses when you refuse to do anything about yours?

I once worked for a boss (who shall for now remain nameless) who had so little interpersonal ability, it was quite scary. She could drive you to distraction in seconds. It was quite remarkable, but she had managed to reach an elevated position without ever addressing the issue. I used to get through one-to-one meetings by secretly giving her my own performance evaluation. The irony of the feedback she used to give me – without for a moment considering how it applied to herself – was astounding and retrospectively funny, although at the time it was extremely frustrating. I wanted to scream, “You are hopeless at communicating!” I didn’t, of course, but it did mean that I barely listened to her suggestions (and that very probably wasn’t helpful).

What’s the secret to leading yourself?

Drawing on Abraham Lincoln’s quote – Put your feet in the right place and stand firm. Know who you are, what’s important to you, and what your values and standards are. These should be enduring. You may create a slightly new and improved version over time, but this will be like new soap powder – we still should know what’s in the box.

Ask yourself how well you are living up to your values and standards. Be honest about your own personal effectiveness. Are you organised? Proactive? Clear? Prepared? Do you set a good standard for others to follow?

There is a famous story of Ghandi being asked by a mother to help her son eat less sugar. Gandhi asked the woman to bring the boy back in a week. Exactly one week later the woman returned, and Gandhi said to the boy, “Please give up eating sugar.” The woman thanked the Mahatma and, as she turned to go, asked him why he had not said those words a week ago. Gandhi replied, “Because a week ago, I had not given up eating sugar.”

Strengthen your credibility by being a positive example of the things you want to see. Don’t ask people in your team to be better prepared, more punctual, or more organised if these are things you need to address yourself.

Open yourself up to feedback and act on it. Someone that worked for me said I always sent long emails when I was being critical and very short ones when I was praising. Without being at all defensive, I can say there was a good reason. When I was being critical, I wanted to explain the rationale of comments and why another approach might be better. I took great care of the language I used, but just ended up writing very long (I imagine, quite annoying) notes. I stopped sending them, and responded to the feedback by editing my thoughts into something digestibly concise. (I confess to still writing them on occasion, but I know they aren’t effective.)

Hold yourself to account in terms of the improvements you are making. If you compare yourself this year and last, are you making the same resolution each 1st January, or are the changes you are making enduring? Are the weaker areas addressed forever – or noticeably improved?

And if you can do all that, only then does it begin to qualify you for leading others.

Put your own mask on first!