Skip to content
Previous Next
In Praise of Weakness 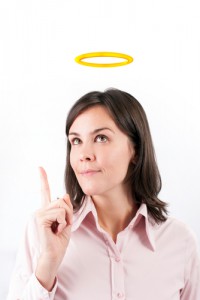 I don’t have any weaknesses.  Not one. Surprised? You shouldn’t be – I am not alone.

I do have, though, a veritable selection of lesser strengths, development, potential, and challenge areas.

I like to think of these as familiar friends, the articulation of them nicely muted so that I am aware that they exist, but sort of in the background like that tuneless music you get in lifts and out-of-town warehouse shops.

Has positive psychology taken us so far over the edge that the word “weakness” is so unpalatable it mustn’t be uttered? Or are we all complicit in playing the development needs game because, frankly, it makes life easier, trickier conversations with colleagues and our staff a bit less awkward, and gets us past the discomfort of feeling that we might upset the status quo if we speak honestly.

Depending on your perspective, children, it seems, are suffering or enjoying the same fate; they are often showered with praise. Listen closely and you’ll inevitably hear adults praising kids for behaviour that a generation ago would not have merited notice. Even highly respected child psychology guides advocate parents finding some reason to praise their children five times for every time they criticize.

I did overhear a very patient mother in a supermarket praising her son for “helping mummy” put back on the shelf all the packets he had knocked off a few seconds ago. The emphasis was on helping mummy which, at some level, I understood, but … really?

I am now with every fibre of my being resisting the temptation to do what I am sure many of you are doing now: rehearsing my “Well it wasn’t like that when I was growing up and I turned out ok didn’t I?” routine. But even if I did that, it wouldn’t be the point, would it because the contemporary world we live in has moved on to this slightly strange place where sensitivity to criticism rules and at work and at home we often dance elegantly around the real messages that we want to give.

It’s ironic that we live in an age with more feedback mechanisms than ever before. How many of the following can you tick: Upward feedback? 360-degree feedback? Appraisal feedback? Staff engagement survey feedback? Shares and Likes on Facebook and Linked in?

I started working with a new coaching client last year who had participated in many of these and yet I was genuinely shocked by the number of “confidential e-mails” giving me additional feedback that might be useful for the coaching. It became clear very quickly that this additional feedback was messages being raised for the first time. When I gently enquired quite how, given the feedback mechanisms that were in place,  this might have happened, I got a litany of reasons (excuses):

In other words, I didn’t have the courage and I wasn’t brave enough to speak honestly. It left me wondering who really needed the coaching.

This feedback issue is not limited to the workplace. I took a trip to Copenhagen recently. I flew on BA, did valet parking at the airport, stayed in a rather lovely hotel close to my client’s office, ate out on two evenings and by the time I got back I had 8 “Your feedback is really important to us” questionnaires in my inbox. It was almost overwhelming.

I deleted all but one (the one with the best incentive to give up 15-minutes of my life) but unbelievably the questionnaire was constructed in such a way that I couldn’t give the feedback I wanted. I wanted to say I had had an uneventful (good) stay in the hotel, enjoyed an excellent breakfast (much better than I had expected), and that I thought it was a friendly place I would definitely recommend. But they asked me about my welcome and check in (only so so as it was a bit slow), the Wi-Fi and free nibbles in my room (Wi-Fi expected and although I did avail myself of the free nibbles they are still in my kitchen cupboard and will probably never be eaten as my Danish isn’t good enough to really understand what I might be eating), and whether I felt the staff showed care and passion. Well, not really. So I wanted to give feedback and ended up saying nothing of what I really wanted to.

I think there are some really important parallels here.

How could so many companies genuinely want to know what my customer experience was and yet learn so little about it? How can we have so many feedback mechanisms at work and yet people are more muddled about what their managers and peers think of them than ever before?

I think we have legitimized fudging messages for reasons we have now long forgotten, to the extent that ambiguity is the new norm. I think this causes a lot of unnecessary stress and anxiety.

Many years ago when I worked at my Saturday job in the very big shop in Knightsbridge (where they give you green bags with gold writing) I remember one of the very senior directors complimenting me on something I had done. I beamed, and she could obviously see me starting to levitate with pride at her even noticing the very small thing I had done. She immediately followed her praise with “Don’t get too carried away with yourself. It was good, but it wasn’t special – it was what I expected. You’ll have to do a lot better next time”.

So whilst I abruptly landed on earth again rather more quickly than I would have liked, I did put what had happened into perspective and that was: an honest assessment of my work. It wasn’t sugar-coated or said so obscurely that I had no idea what she meant. On the contrary, I knew exactly what she meant and I think it did me good. I responded accordingly; my next efforts were better.

So, here is my prescription for the disease of “development needs, challenges and lesser strengths” and the cure of giving feedback more directly:

Be clear about your intentions and why are you giving the feedback. Make sure you are doing it for a good and positive reason. If you are feeling cross or annoyed, don’t give feedback.

Speak honestly. Don’t dress the words up or down, don’t wrestle with how best to say it,  just say it no matter how initially uncomfortable this might be.

Explain to people why it matters to you- what’s important and what it is you want people to change.

Then shut up nicely, listen to what comes back and remember that the person you give the feedback to still has a choice as to how they respond.

If we all did this, we would still have weaknesses (there! I have said the word) but I think we would feel much better for being honest. And on the receiving end, we would know where we stand with others and have the chance to choose how to respond.

Surely this must be a better place to be? 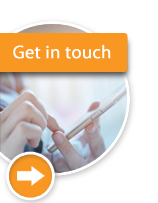